There's a restaurant in the Nakamura area of Nagoya, a block or two away from where Mamie lives. It's called Sei Fuu (性 風), which means something like pure wind, but we called it Yukiha's. Yukiha is a three year old Japanese girl who's been a student of Mamie's. Her parents own the restaurant.

My first trip there was on Christmas. We went with several of Mamie's friends. Her friend Mariko helped translate for me. I ordered wasabi chicken, which was very good, except it turned out to be an appetizer. So I had to order more. I asked Mariko to just order me some fried rice or something along those lines, but this turned into a rather complicated negotiation, which in the end did get me fried rice, but also a beef dish. It was all quite tasty.

We returned twice more. Once it was just Mamie and I, so there wasn't much ability to negotiate an exotic meal. So I just had a beef set. And then on my last night in Japan, we went with Mamie's friends Rosalie and Nolan. Rosalie speaks Japanese, and she helped explain that it was my last night in Japan, I was up for anything, and what did they think I should try.

I started out with a somewhat standard sashimi set: 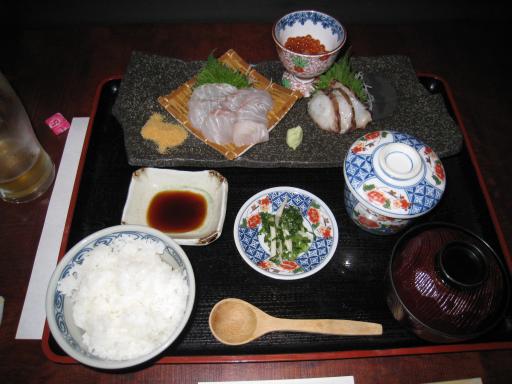 And then they just kept giving me stuff: Natto (fermented soy beans), homemade plum wine, a pickled plum that they informed me was four years old after I had eaten it, some reddish substance that had a cheese-like consistency and is (they claim) the third-rarest delicacy in the world, and some sake. The food fell into three broad categories:

None of it was awful and I finished everything they put in front of me. Over all, an excellent culinary adventure. Here are my hosts with Mamie, Rosalie, and I: 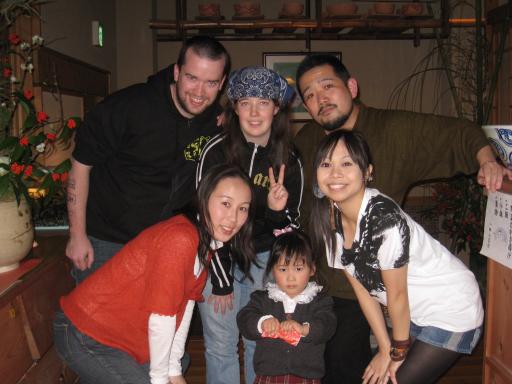 I promised I'd come back some day.

So the Natto was interesting. It's supposed to be a popular breakfast food, but has a taste that most people who didn't grow up with it dislike. Or so I was told. It also has a strong odor. So I tried it, and at first I wasn't terribly impressed. But then I mixed it with my rice, and it was much better that way. By the time I finished it, the taste had grown on me.

So since it's supposedly very healthy, and since I'm trying to eat healthier, and also since it's kinda absurd, I tracked down some Natto in Munich: 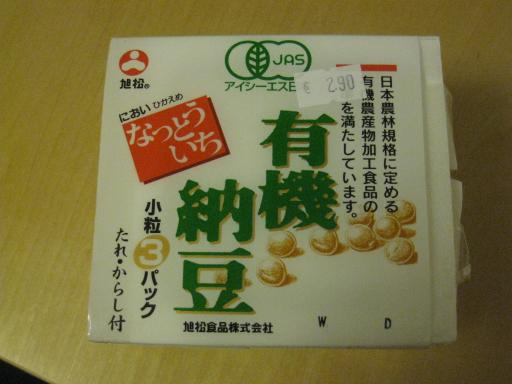 And had it with some rice: 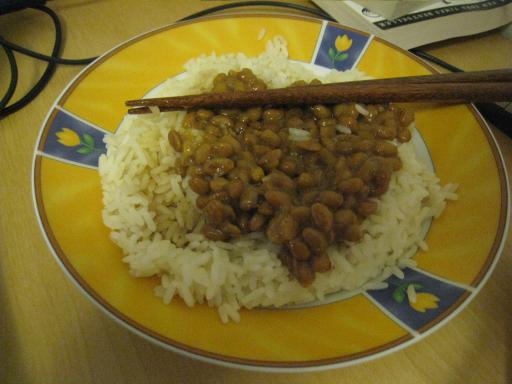 And it tasted just as I remembered it. And I enjoyed it. And might just buy some more of it, though there's still two servings left from the three pack I bought.