Apparently Prometheus has a default data retention period of only 15 days. I'm glad I noticed this after only a few days worth of data had been discarded since first setting it up. My dashboards all default to showing seven days or less, but tonight I just happened to want to see what the library voltage looked like over the full history I've accumulated so far, and the first few days were missing! Glad I caught that.

Anyway, my Prometheus data directory is sitting at 400 MB and I have way more space on the charting pi so instead of configuring a retention time, I changed the configuration to a max storage size. Trying 16 GB on for size and see how that does. I can also start applying more filters to what Prometheus is actually scraping.

Played with my ESPHome devices a little today. Have I mentioned that I really like ESPHome? Anyway...

Worked on my XOR project some more. First I reorganized the breadboard a little and also replaced the resistors which were sort of random and used the same resistor values that the HackerBoxes PCBs use - 10K for the transistor bases and 1K for the LED current limiter. It looked nice and compact. 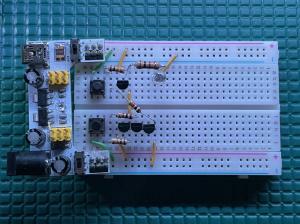 However, this had the unfortunate side effect of making it so the LED didn't fully turn off when both buttons were pressed, it just got kind of dim. I was able to fix this by changing the base resistors to 1K resistors, but that felt wrong. So I read up a bit on NPN transistors. And I think one issue with my circuit is that the load is connected to the emitters of two of the transistors, whereas NPN transistors generally like the load on their collectors. So I redesigned my circuit. 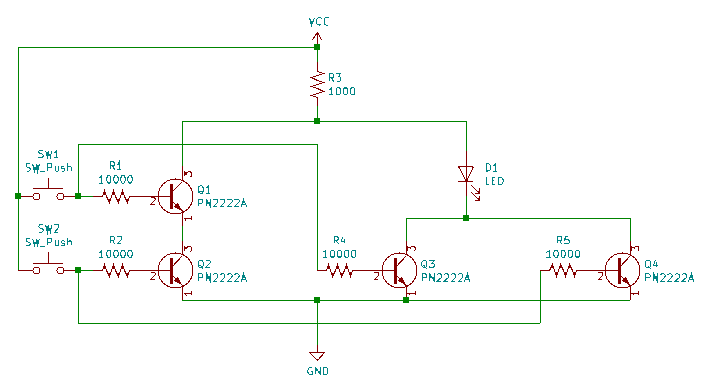 And redid the breadboard, changing the base resistors back to 10K resistors. And it works! Also, I think this might be the happiest I've been with a breadboard layout I've done. At least from an aesthetic perspective. 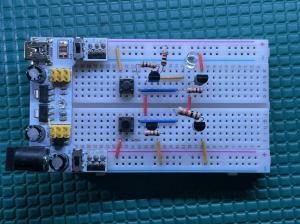 I enjoyed spending a little time playing with the PCB layout in KiCad. This is not a design I would send anywhere since I still need to learn a few more things, but it was fun practice getting to know the tool. 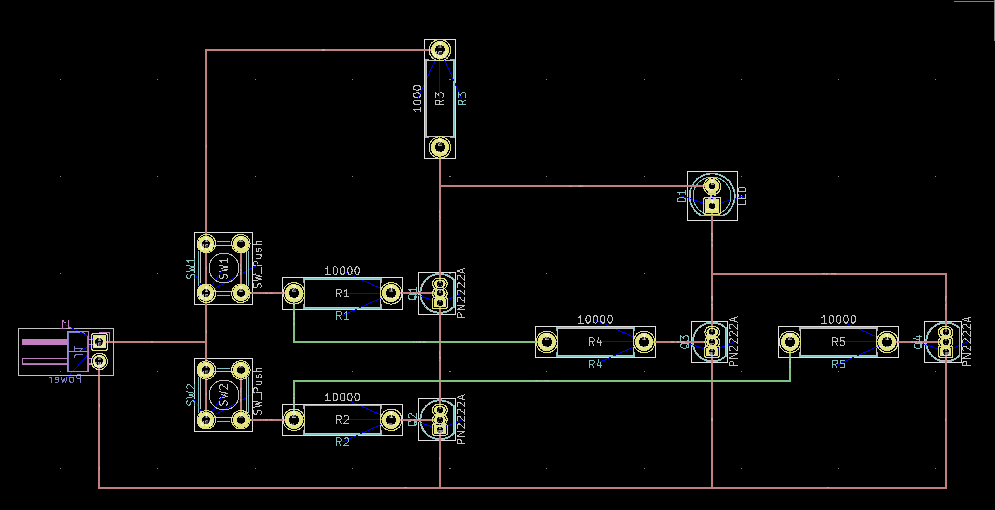 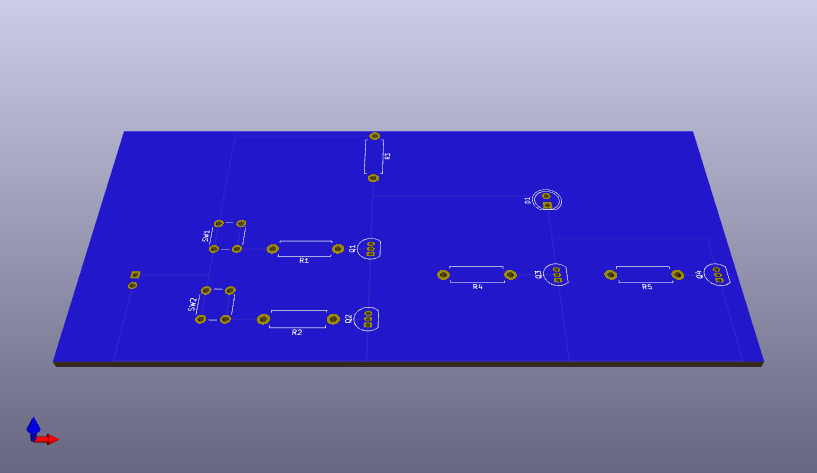 My evening routine lately has been:

I have been drinking less lately which I think helps me get away more with staying up late. Pete's Log is seeing its most active period in about a decade. I'm on a 15 month streak and closing in on 100 entries for the year and it's only July.

A few weeks ago I came across an article that included a quote that's stuck with me: "Little frustrations mentally accumulate in a way that little victories do not."

It made me realize that I need to keep piling up the little victories because their effect is not as cumulative as I would like. It's been strangely motivational. I know my little projects are pretty basic, but I enjoy the little dopamine hits they give me, and realizing that that mental reward is transient has helped me keep at it more. Knowing I need to keep accomplishing little victories in order to keep getting rewarded. I don't know.