Morgan, who sadly has never featured in Pete's Log so far, is a friend of mine from MD whom I met through Cedar Lane. She came to Munich last week as part of a grand tour through Egypt, Turkey, and Europe.

She arrived at my place at 6 am on Monday, so the first order of business was to return to sleep. Afterwards, I took her to the Hofbräuhaus for Weißbier and Weißwürste. Over the day, we hit up Tollwood, say some downtown sites, played on a playground near my house, and had dinner at the Sankt Emmeramsmühle. Oh, and prank-called Meg.

Tuesday we went on a Beergarden tour that included Augustinerkeller, Chinese Tower, and Seehaus. We also tried to visit the Nationalmuseum, but they were closing just as we got there. So we saw surfing on the Eisbach instead.

Despite having told me she was here until Thursday in emails, Morgan thought she was leaving on Wednesday. So I drew her up instructions on how to get to the airport, and headed to work. Sometime after three, I get a call from her. Her flight was on Thursday after all. So we arrange to meet up that evening for one last Munich Hurrah. Sara also joins us. I finally got the pictures from our London trip developed, so we had something fun to look at.

Thursday, Morgan leaves for real. It was fun seeing her, and you can check out her version of events, including a couple pictures, on her blog.

Thursday evening I went to a beer garden with work people, and Friday I went to the 30th Birthday party of a friend. Needless to say, by the end of the week, I felt a need for some detox time.

So, I dorked out and started coding a ray tracer. Much of my time was spent reacquainting myself with vector math, so I didn't get terribly far. Here's as good as it got: 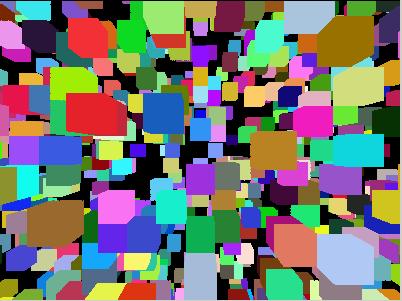 Nobody has rated this entry.