I have some vacation to burn and also I've been feeling a little burned out and also also I had a few projects around the house I wanted to do get done, so a few weeks ago I put in a vacation request and now the time has come. My motivation level to work on those projects, however, has vanished. Two reasons:

Sigh. But all is not lost. In the mail today, I received my second PCB design! Real nice of it to show up on a day that I have time to play with it. 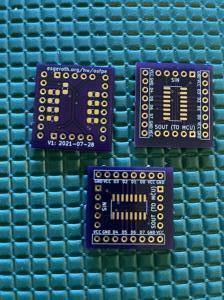 So let's do some bullets. I made this for a couple of reasons:

So here were my goals for this PCB:

I think I succeeded on all my goals. The board itself is less than an inch square, meaning it cost less than $5 for three of them (and probably would've been even less if wasn't trying to get them American-made). That's including shipping, which still blows my mind.

So time for some soldering. 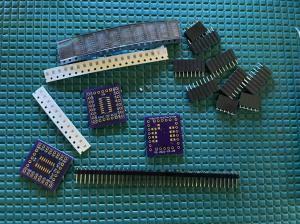 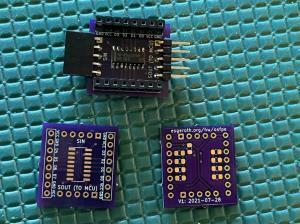 One done, time to test. My debouncing tests had started to yield some fruit, so I tested this with a 555-based debouncing circuit. I didn't want to take my debouncing test apart, so this monstrosity was used for testing: 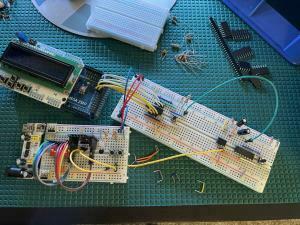 It works! Since unlike the XOR Gate I have reason to use more than one of these, let's assemble them all. 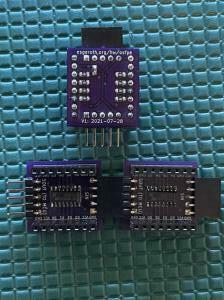 And give them a test. One thing I've come to realize is testing things with lots of inputs can get tedious. Three of these means 24 inputs. But here we go. 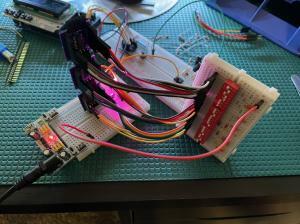 Guess I have no excuses now to not write that 74HC165 component for ESPHome...