I just got the email that HackerBox 0073 shipped. It's been almost a month since HackerBox 0072 arrived and while I've opened it, I haven't done much more with it. It looks fun and I do want to play with it, but time is scarce. It's all about RFID mischief. This box also came with some stickers to cover up webcams, which is a concept that continues to amuse me as I find the idea of someone listening in on me generally more worrying than the idea of somebody watching me. And nobody seems to give out any swag to disable your microphones.

I also received ADABOX020 a week or two ago, from the subscription Jamie bought me for my birthday. This is a quarterly subscription so this is the second box I've received. This one is a pair of LED glasses. I admire Adafruit and I think this is a neat piece of hardware. It includes a variety of sensors and can be programmed either via Arduino or CircuitPython. With the frames they included, it also fits over my regular glasses, which is nice.

JB is really into them, which is always fun. I think this one will get a good amount of use over the years. I have them prominently displayed on my pegboard wall:

JB regularly pulls them off and asks me to hook the battery up to them. I also brought them to a game night with Bert and Andrew and amused myself by setting them to display various scrolling messages (there's an app that can communicate with them over Bluetooth). Bert even featured them on his social media.

I had a suspicion that this would be the contents of this ADABOX, based on videos to Adafruit's YouTube channel, so I'm going to go ahead and predict that the ADABOX021 (coming sometime in January/February 2022) will be camera-themed. Stay tuned to see if my prediction pans out.

I am entertained by the quality of the ADABOX packaging, so here are a few more photos: 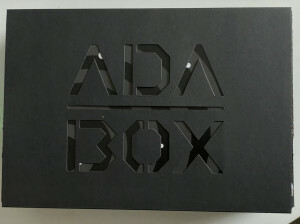 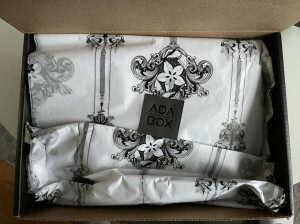 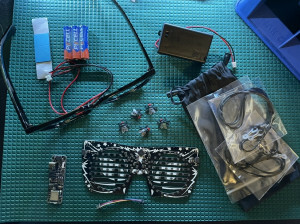 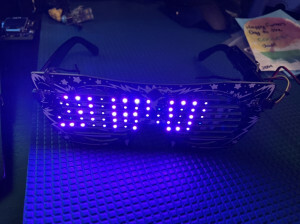