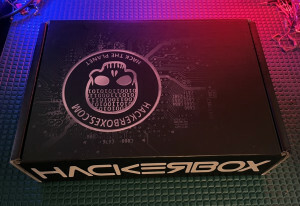 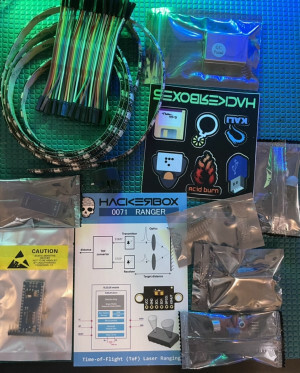 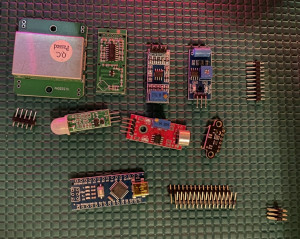 This month's theme is Ranger. The theme content consists of an Arduino Nano and six different presence/range sensors: passive infrared, doppler radar (two variants), vibration, laser ranging and sound. A couple of these I already own, but it's a fun theme. Right now I have enough other things going on, so it will probably join the unused HackerBox pile for now. But maybe once I'm done with my pi cluster shenanigans I will see if I have an unused ESP8266 I can hook up to one of these sensors and make a more DIY-looking motion detector for my desk. Or maybe even see if there's a free pin left on the desk lights ESP8266 for this purpose. Hmmm, ideas, ideas. Add it to the list.

But what I'm most entertained by this month is the extras. 100 WS2812B RGB LEDs? Yes please and thank you! Cannot get enough of these. Then there's this thing: 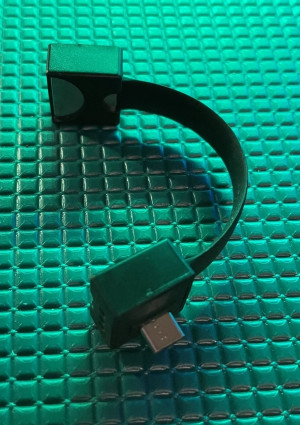 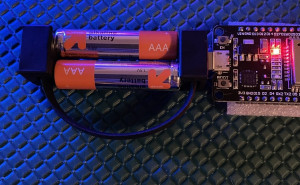 It's a little magnetic USB power supply that is powered by two AA or AAA batteries and "features a built-in DC-DC boost circuit to generate 5VDC from any input in the range of 1.5V-3V." Neat. The magnets are stronger than I anticipated, so will actually contain the batteries even with minor jostling. Not sure how much practical use it will see, but I like it. It's an entertaining form factor for backup USB power.

Last but definitely not least, the stickers spark joy. 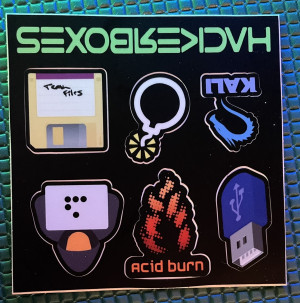 Especially that Trash Files floppy. I think it's time I admit that I don't enjoy the movie Hackers in some ironic sense. I genuinely just like it. There, I said it. Now I just need to figure out where to put the Trash Files sticker. I kinda think on the NAS would be funny.

Progress on the pi cluster has been slow, but I did reach a point of tearing it down, giving the pis their permanent names, and re-applying everything. Which allowed me to reach the milestone of getting my music display online again. It was mostly a matter of updating the config in both the RhythmBox plugin and the ESP32 firmware to point at mqtt.myhouse.domain instead of ha.myhouse.domain. So that's pretty exciting, I missed having that.

So here's what's running on the cluster so far:

At least until I come up with more ideas.